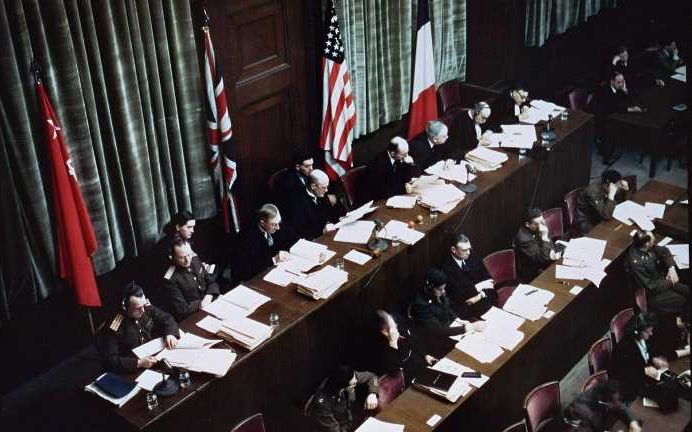 Constitutionality of the Croatian people in the country of BiH and the federation of BiH and scandalous interventions in the constitution and laws of BiH imposed by decisions of the office of the high representative W. Petritsch in the light of international law after the second world war

After the end of the Second World War and the Nuremberg trials, on the international horizon, accepted and established were new standards in international relations and within national laws related to human, state and multi-ethnic rights defined by the United Nations Universal Declaration of Human Rights of 1948, with the defining of certain new terms that were unknown until that point, such as the definition of genocide, crimes against humanity that are not subject to any statute of limitations and others, binding for all, especially UN members.

Nuremberg Court and decisions arising after the end of WWII

The International Military Tribunal for the Prosecution of War Crimes during the Second World War was established as a result of the London and Nuremberg Charters on the International Military Tribunal signed on August 8, 1945 by representatives of the United States, Great Britain, the Soviet Union and the provisional government of France. The Charter set the rules and laid down the procedure for the trial and punishment of war criminals of the Axis Powers and their collaborators.

Nuremberg was chosen as the place of trial because of the fact that this city was the center of Nazi ideology, it held Nazi rallies every year, and in it the Reichstag passed the infamous Nuremberg laws, as a result, this city was to mark the end of the Nazi party after the trial.

Along with 24 defendants and seven organizations, the leadership of the National Socialist Party (NSDAP), the Reich Cabinet and other military formations, who were accused of: joint planning or conspiracy against peace; planning, initiating and waging aggressive war and other crimes against peace and war crimes against humanity. Key figures and ideologists of the leadership of the National Socialist Party were in the dock. At the end of the trial, twelve defendants were sentenced to death by hanging, one was sentenced to death in absentia, and Herman Göring committed suicide before serving the sentence.

In its verdict, the Court rejected the defence of the indicted that only the state could be responsible for war crimes, and not individuals. Under the new standards adopted for and after the Nuremberg trials and the newly adopted international law, crimes can only be committed by individuals, and only by punishing them can the provisions of international law be applied.

The Nuremberg process significantly influenced the development of international criminal law, and the conclusions of this court were the basis for the establishment of the 1948 Genocide Convention.

At the Nuremberg Process, for the first time, an international institution condemned aggressive war as a crime, condemning its initiators and perpetrators. The principles incorporated in the Statute of the International Military Court and its verdict (so-called Nuremberg Principles) were reaffirmed as part of international law by the United Nations General Assembly Resolution of December 1, 1946.

After the end  of the Nuremberg trials, the US military court in Nuremberg began other trials, which ended in 1949, involving lower-ranking Nazi officials, certain doctors in concentration camps, judges in the judicial system and holders of other functions in the state that are crucial for the functioning of the legal state structure.

Regarding the judicial system of individual states and the judges who are its bearers, one of the indicted judges in the Nuremberg trials was told by the prosecuting judge: ‘You should have known – when you broke the law in the name of politics and convicted the first innocent person in the name of any state and whatever and whoever’s law – that you had committed a crime against humanity or a war crime if it occurred during the war.’

According to the Nazis and Nazi Collaborators (Punishment) Law (1950), under which Eichmann was tried, he could have been given the death penalty for each of these crimes individually.

However, on all these counts, Eichmann stated not guilty. His defence held that Eichmann had done nothing wrong within the Nazi system in place at the time, and that what he was accused of were not crimes, but “acts of the state”, over which no other state had jurisdiction. The defense (lawyer Servatius) was also guided by the fact that his duty was to obey and act according to the laws in place at the time. It seems that this opinion was also applied by W. Petritsch in his amendments in 2002!

It was the prosecutor’s position that Eichmann, after the newly formed provisions and laws and new standards adopted after the Nuremberg trials, was guilty of knowingly joining the Nazi system and bureaucracy, in which he lost his own personality in favor of those who decided on the laws during the Nazi era.

Eichmann did not suffer from any mental disorders, he was a completely healthy individual who just blindly followed orders, and it was precisely these actions of his that made him ‘harmless’, and he did not stand out for anything in particular. The Third Reich was the only thing that led him to significant success in life, since everything he did was according to the laws of his Third Reich; however, unfortunately for him, it was a crime in every other country in the world and he could not go unpunished. His responsibility for these Nazi crimes was not brought into question; however, it was hidden in a multitude of Nazi crimes, which allowed him to flee Germany for Argentina after the war. His trial ended on December 15, 1961, in Israel. He was found guilty on all counts and sentenced to death by hanging.

Wolfgang Petritsch, former OHR High Representative, introduced malignant amendments, applied during a period 80 years ago, and 57 years since the establishment of the UN Universal Declaration of Human Rights

The situation in the Federation of BiH after the last elections of 2 October 2022 is still as such as was brought by the decision of the former High Representative of the International Community Wolfgang Petritsch in 2002 (in office from 1999 to 2002), which means that Croats and Bosniacs have only a single list, thereby enabling the transformation of the Croatian-Bosniac Federation into an entity with Bosniac domination and the constitutional-legal discrimination of Croats in the Federation of BiH.

Such a catastrophic and ‘almighty’ decision by a high representative of the international community was accepted throughout all these years, from 2006 to the present day, so he and his subordinates from international institutions remained exempt from any responsibility for all the evils they inflicted on the Croatian people from 2006 to 2022, and according to what is happening on the political scene after the last elections (mid-November 2022), it would appear that they are attempting to do the same in the coming term.

This kind of amendment was possible only in the period before the Second World War (according to the principle of punishing the defeated), but not in the period after the Second World War and the newly established standards in the world already described in the text, so it could not or should not have happened that W. Petritsch did not respect these crucial changes and standards!? And everyone else in the world had to know how to implement this!?

Prior to the appointment of the current OHR High Representative Christian Schmidt, it was announced ‘that Mr. Schmidt is also a representative of a minority group in a majority environment, and that he will be the right person to understand the position of the Croatian constituent people, first in the Federation of BiH and then in the entire state of BiH’; namely, it is a fact that Mr. Schmidt is a member of a minority Protestant community in a majority Catholic environment in Bavaria, so, by that analogy, it would be interesting to convey the scenario of the Croatian constituent people in the territory of the Federation of BiH and the rest of BiH, which would be the case if someone applied and supported Petritsch’s logic that the Catholic community in Bavaria was using forced majorization, which would not give this minority Protestant community any opportunities to decide on anything?

With W. Petritsch’s amendments, he intervened in the Dayton Constitution of BiH and F BiH by putting in the same basket two constituent peoples, Croats and Bosniacs, whose ratio in terms of population is four to one, and decisions are made by majority of the joint electorate of both constituent peoples.

As a result of the decisions of W. Petritsch and later Paddy Ashdown, as well as those who followed, Željko Komšić always figured, even today, as the ‘Croat member of the Presidency’ of BiH.

In fact, the Croatian people in BiH were eliminated by the simplest mathematical procedure as the third equal, constituent people in the country, which should have three equal constituent peoples, which is not the present reality (Petritsch signed the amendments in 2002). Unfortunately, the US State Department has also accepted this formula and has been enforcing it since 2006. (Komšić was ‘elected’ to the Presidency of BiH for the first time in this manner, and even after the last elections, it is still run as such!).

In the last elections held on October 2, 2022, heading the lists of the constituent peoples were also those from citizens’ lists, in which Željko Komšić also participated, emphasizing ‘that he never sought to be a representative of the Croatian constituent people, but of all citizens of BiH’.

For the Croatian people in BiH, this is an unprecedented electoral fraud throughout the period from 2006 (except for one) to the present!

The minimum principles of meeting the requirements of the United Nations Universal Declaration of Human Rights and the legal regulations arising therefrom should be applied to the representative of the Croatian constituent people, as well as to the other two constituent peoples in BiH.

Such equality should also be transferred to all other levels of government in the state of BiH and the Federation of BiH, because the current situation is more like a fictitious arrangement at the level of two entities, one in Republika Srpska and the other in the Federation of BiH, which would in practice become the entity of the majority Bosniac people with the elimination of the Croatian corps.

In order not to repeat the genocides of the Second World War, compliance with the provisions of the UN Universal Declaration of Human Rights is binding in all UN Member States, as well as in state institutions and individuals holding state functions.

Let us hope and believe that these principles will be respected in Bosnia and Herzegovina as a state composed of three constituent peoples, with equal status of all other citizens of different groups and nationalities.

President of the Russian Federation V. Putin violated this rule in the aggression against Ukraine by using Russia’s right of veto in the UN, which was retained by the victorious states in the Second World War, using this option in justified situations, and sometimes for the purpose of avoiding responsibility for the most serious crimes against humanity committed in the rest of the unprotected members of the UN and other peoples and communities that are not protected by such a privileged option.  Such abuses can cause the demise of our civilization, from which the world has tried to protect itself for all times by establishing the UN after the disastrous consequences of two world wars in the 20th century.

Ante Beljo
President of the Croatian Society of Victimology 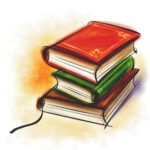